Skip to content
Home » Before COVID-19, school closures occurred & the good that came… 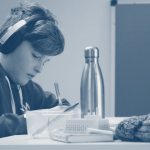 In the mid-2000s, a few of my colleagues and I thought it would be prudent to consider and then develop a process for extended school closure. Now, you native Pacific North-Westerners know darn well that it doesn’t “really” snow in Seattle and its surrounding cities, but occasionally two feet will indeed drop and shut the cities down. Moreover, in 2001 there was an earthquake that was at least a 6-point that did some damage. So, what if a school had to shut down for more than a day or two? Considering the swine flu or some other debilitating virus, my colleagues helped develop a strategy to maintain forward motion for classes and, most importantly, continue to engage students in their learning. In the early 2000s, video conferencing was in the development stages. Skype (2003), Zoom (2011), and Google Classroom (2014) have helped to advance how people around the globe can communicate efficiently and effectively.

Spinning forward to 2018, the year in which WaPrep was established, I carried forward the hours of conversations and planning that had been done to prepare for an extended school closure with my colleagues from a former private school. In February of 2019, the Seattle area was hit with a significant snowstorm, and icy conditions prevailed. Our students took one snow day and then began school, from home, with their teachers on Zoom and email exchange. Students uploaded their work electronically, and teachers provided feedback effectively. It was a starting place for us as a school and gave us just enough data to make improvements for future events like a snowstorm. Unusually, in January 2020, we had another significant snow and ice event. WaPrep’s teaching team and students knew what to do, and more data was gathered for us to utilize for improvements…

And then…on March 2, 2020, four of our students and three of our staff were ill. Now, we are a Big! Small School Experience, so if you take seven individuals out of the picture, that begins to look like 25% of your population. Not good…and then COVID-19!

March 3, 2020, WaPrep began its online learning journey. Three months later, I must say that I am thrilled with the faculty and student’s ability to be agile and resilient. Of course, there have been pros and cons, but learning, the most critical factor, is happening. Adjusting the class block schedule was key to assisting students with limiting screen time. Daily morning community meetings have proven fun, provided a connection point, and the students have grabbed on to the planning responsibilities (with their Advisors help). Maintaining tutorial hour and faculty office hours have provided multiple streams of communication back and forth, which has ultimately supported connection. Connection, for us humans, is huge for our wellbeing and happiness. Connection, while it looks different right now, has kept us all together even while away from campus.