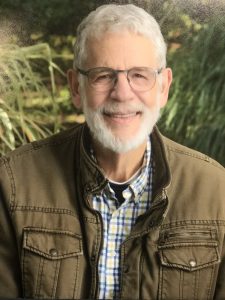 At Washington Preparatory School, the study of Science balances and supports the interests and abilities of every student. Along with an understanding of scientific concepts and processes, we also emphasize opportunities for creativity and the development of individual interests. Whether the student becomes a researcher, engineer, or layperson, our aim is that he/she will be a scientifically and technologically literate member of society, and takes action ethically and responsibly.

1. Science is a way of knowing, thinking, and learning about the World around us. The World is not divided into disciplines. Therefore, each course will include a multidisciplinary, project based environment while learning about Physics, Chemistry, and Life Sciences.

2. Science is a way of communicating what is known, not known, and what is uncertain.
All Science courses at Washington Preparatory will include cooperative efforts, analysis, documentation of results, written and oral reports, and exploration of complicated and complex issues.

3. Science is about causality and patterns. Every course will have a significant focus on systems thinking and dynamics as a basis for modeling and communicating scientific knowledge.

Grade 6 Science: Students will receive an introduction to Chemistry, Physics, and a brief History of Science. Year-long threads include the Laws of Thermodynamics (including E=Mc2), the Scaling Law, and Systems Theory. In addition, students learn to apply the scientific method to test a hypothesis, and how to effectively communicate their findings through written reports and dynamic models.
A major focus for the second half of the year will be the development of a systems dynamic model of the Chemistry and Physics of Climate Change and Ocean Acidification.

Grade 7 Science: The Earth as a physical system; students will visit and revisit the Laws of Thermodynamics, the Scaling Law, and System Dynamics as applied to the history of the Earth from the Big Bang. Specific foci will include the structure, place, and history of the Solar System, the Earth-Moon System, and the Earth’s physical systems. Students will learn to describe, measure, and model processes they cannot see such as plate tectonics and landform history.
A major focus for the second half of the year will be the development of a systems dynamic model of the interaction of five or more of the UN’s seventeen sustainability goals. The specific contents of the model will be selected by the individual student.

Grade 8 Science: The Biosphere as the interaction between living systems and the physical environment. The course will start with the dynamics of the oceans, the atmosphere, and the impact of landforms on those dynamics. As part of this introduction students will revisit both Physics and Chemistry. The interaction between the physical and biological systems will be examined through the present-day history and existence of Biomes and the Gaia Hypothesis.
A major focus for the second half of the year will be a student selected and developed dynamic model of the interactions between the physical and the biological elements of the Biosphere.

Grade 9 Science: An introduction to the unity and diversity of life from the molecular to the community level from an evolutionary perspective focusing on connections between the structure and function, along with exploring human interaction with the natural environment. Along with evolution, the explanatory threads will include the Laws of Thermodynamics, the Scaling Law, and the Laws of Complexity and Chaos.
A major focus for the second half of the year will be a student selected, designed, and developed project addressing a wicked problem of the present and immediate future.